*Walks into work on Monday Morning*

I ran a marathon on Saturday. 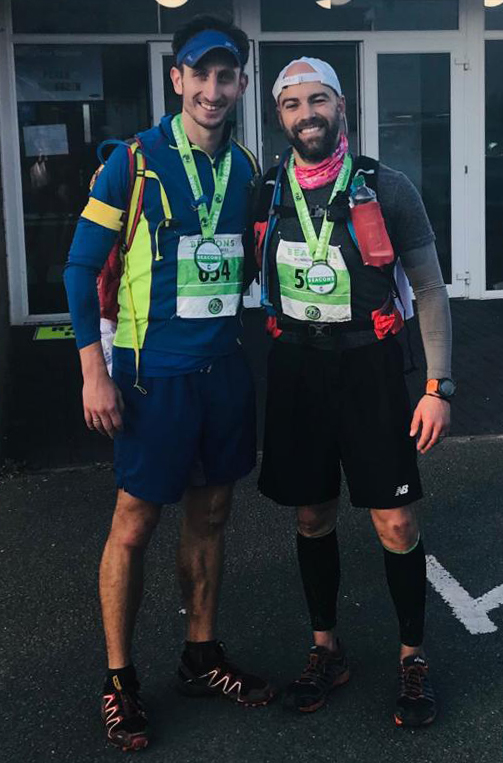 Two dads looking for a punishing challenge with nice views entered the Brecon Beacon Tail Marathon three months ago. Adam and I felt that a weekend away which would end in a struggle making it downstairs was a fun thing to do.

We entered the race as a team. Unlike the other teams who were from actual running clubs we were more representative of the Pub Quiz team, we were Bant and Pec. We trained for three months doing gruelling runs in Richmond Park, which were nowhere near the size of the climbs we would have on the day, so we knew this would be tough. Our runs were supplemented with strength sessions as our joints would take a pounding.

The race itself was a very well organised event. It was running alongside a 46 mile Ultra Marathon, which we considered for a foolish minute three months back. However, with my Captain Hindsight hat on I can say we are very glad we did not do it!

As someone who ran the flat London Marathon (click here) I can tell you this was a completely different experience. Getting over hills certainly has its ups and downs. The mental challenge is even greater. You had to run carrying a backpack which was gently described as your Survival Kit. It was accompanied with a great use of “Just in case” you broke down in the middle of nowhere without anyone around and possibly without a phone signal. You don’t get that along the Embankment.

The start of the course from Talybont on Usk was a false sense of security. Five flattish kilometres would soon become a distant memory as the start of the first climb to the 551m top of Tor Y Foel began. The steepness along the course made walking inevitable for parts of it. At the steepest and slowest bit we would be moving at just 2km/h. Like snails who lost their shells we were sluggish.

Having made it over the “easier” hill we were treated to the first treacherous downhill run. It was fast, it was rocky and it was punishing on the joints. Throughout the course we had to concentrate hard as so many steps were potentially ankle breakers. We have not had to focus so hard since we took our multiple choice Personal Trainer exams all those years ago. There is no guessing your way through this one.

Another relatively flattish 10km would ensue. Along the way we would run past a few soldiers in training but with about 80kg on their back. I was only carrying a 5kg bag but add Adam onto that and I was right there with the army boys.

The biggie, Pen Y Fan, was approaching. With its peak of 886m this was a mean slog. Few more dispiriting things in this world than thinking you have reached the top only for it to be revealed as a lip and more climbing to go. At this point my teammate Adam went ahead. However, having a teammate who is significantly shorter than you gives them the advantage at altitude as they are breathing in different air. Scientifically it was clearly easier for the little guy. 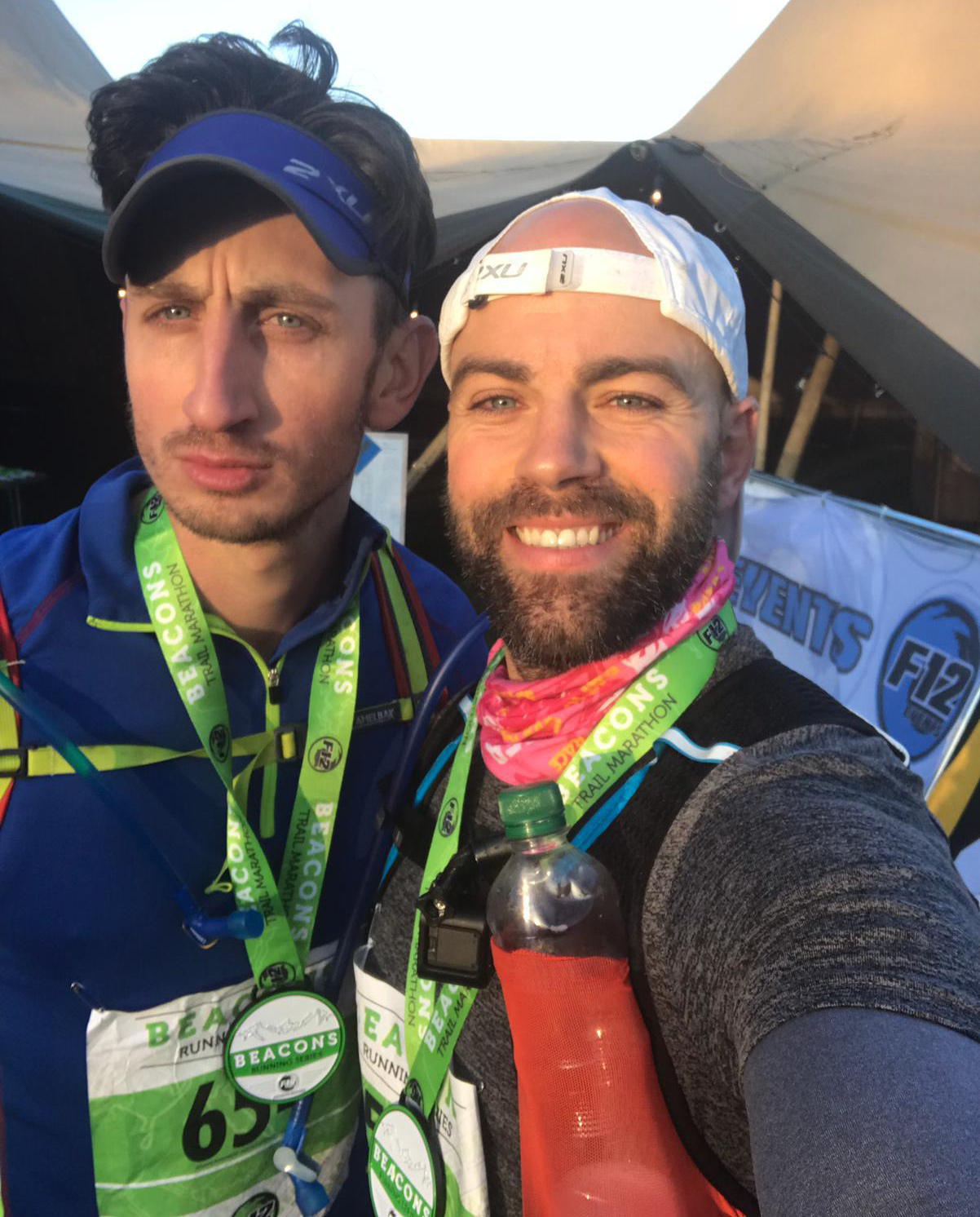 As steep as the climb up was it meant the descent was extra treacherous, particularly with the added howling wind. Without much respite we made our way across from Pen Y Fan to another peak at Cribyn, this time a 795m. This was thankfully the last of the big climbs and afterwards we were left with 14km over the next hour and a half to get to the finish line. As fatigue was kicking in, that concentration was ever more important. The ability to run fast had gone by now and it was a churning last few kilometres for home. We just kept thinking out loud something Ed Sheeran once sang “When your legs don’t work like they used to before..”

The day after I would see on my Health app that we had climbed 335 floors. The tallest building in the world the Burj Khalifa only has 163. Next time for a weekend away I would suggest a spa.

After 5 hours 11 minutes we finally reached the finish line back at Talybont on Usk. The lunatic winner did it in 3 ½ hours! Individually were ranked 38th and 39th out of just under 200 entrants. However, I was the top Serbian, male, aged 35-39. In the team category Bant and Pec finished… first!

And we were home in time for Strictly. Winning!